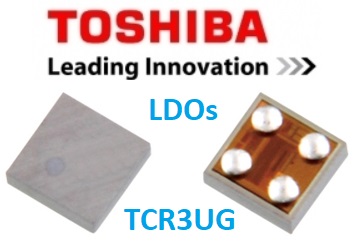 It’s impressive that the small device yields up to 300mA output current with very low dropout voltages, such as a typical 155mV at 3.3V output voltage with 300mA output current. This low dropout voltage enables the device to dissipate much less heat but increase the system efficiency and load regulation. According to the information released by Toshiba, the TCR3UG series LDO devices exhibit a quiescent current as low as 340nA. It’s shown that at such a low quiescent current, the power dissipation by the LDO regulator is low for an operation mode when no load is driven by it. This characteristic can be very important for power constraint applications, such as IoT devices and wireless sensor nodes that are usually driven by a battery. Many of these types of devices are required to work on duty cycles, that means the devices are “ON” for a certain portion of the operation cycle and are turned “OFF” for the rest of the cycle. When they are in “OFF” state or “inactive”, they draw no current thus the LDO regulator enters the idle mode. When in idle mode, the LDO regulator does not supply current to its load and the only consumption is by the LDO regulator itself. Therefore, the quiescent current plays an important role during the “OFF” state of the load. This small amount of quiescent current can speed up the battery draining for long term for remotely deployed IoT devices or wireless sensors that are considered as reaching the end of life as soon as the on-board batteries are drained.

When the TCR3UG series LDO regulators are released to the market, they will be available with 31 output voltage levels, ranging from 0.8V to 5.0V. Variants with and without automatic output discharge are also available to designers for different application requirements.

It’s very simple to use TCR3UG series LDO regulators in application designs. The device has only 4 pins, VIN, VOUT, CONTROL and GND. The CONTROL pin is to control the output in the way shown in the table below. For stable operation, the only external components needed are the two 1uF capacitors as shown by the example circuit below. 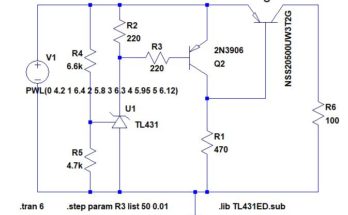 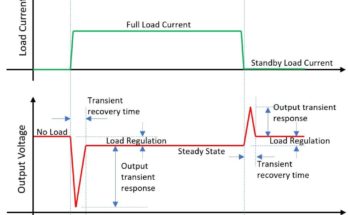