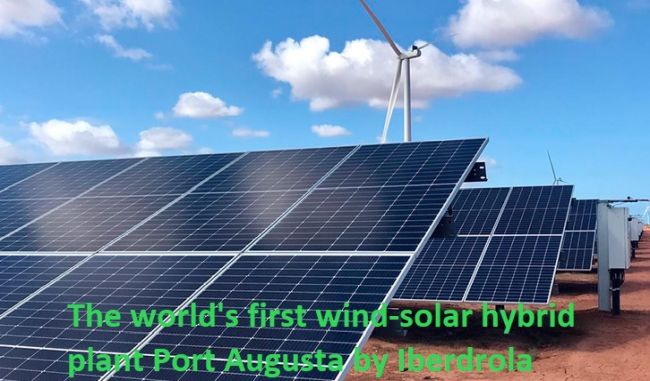 Solar energy comes from the Sun and it’s so abundant that it can support all the energy needs of the whole world without worrying about depleting it like the fossil fuels. While we begin to use solar energy on large scale for generating electricity or converting it to heat, the largest portion of the solar energy reaches the Earth has been absorbed by the environment and turned into other types of energy, such as wind, wave, biomass, and hydropower etc. These types of energy are considered as renewable because of their solar origin. The renewable energy cycle is driven by the solar energy received by the Earth taking hydropower as an example. The solar energy is absorbed by the water in the oceans, lakes, rivers, and wetlands, then the water is evaporated to turn into clouds that are blown by wind to the inland. The water content of the clouds then turns into rain when they are cooled down. The water flows from inland to the oceans dissipating all the potential energy built up since the cycle begins. To reclaim the hydropower that is otherwise wasted, we build dams and install electric generators for converting the hydropower to electricity. In 2021, hydropower plants in the U.S. generated about 6.3% of that nation’s total electricity and that accounted for 31.5% of the electricity generated by all renewable energy. At the same time, wind energy took 9.2% of the total electricity production and about 46% of that by renewable sources. Solar energy provided about only 2.8% of the total electricity which was about 13.5% of that by renewable energy sources. In the first half of 2022, about 24% of the U.S. electricity production came from renewable energy sources. Therefore, there is a big gap to fill between renewable energy use and environmental improvement, especially for solar energy development. Optimally, the electricity generation by solar energy will grow rapidly as the technology becomes more mature, less costly, and more efficient.

The solar energy is abundant and clean. But it has obvious drawbacks, such as the high cost for building the infrastructure, dependence on location and weather, limitations of storage, and taking huge space, etc. Even with the current advanced technologies, solar energy harvesting is still considered expensive for starting up a profitable solar farm. According to SEIA (Solar Energy Industries Association), building a utility-scale 1MW solar farm for supplying up to 200 household may cost from over 1.3 million dollars in 2021 because the average cost is $1.38/Watt as shown below.

The trend of hardware price is declining as technology improves and manufacturing increases. But there the soft costs will fluctuates up and down as time being for going solar energy by the industries and residential applications, such as sale tax, installation labor, permit, inspection, interconnection, supply chain, marketing and overhead cost. Usually, the soft cost can make up to 65% of the total cost for going solar energy.

For compensating the cost of building a solar farm and the drawbacks of weather-dependent output of solar energy, many developers have proposed hybrid systems based on solar energy, such as photovoltaic solar-thermal system, photovoltaic solar-thermoelectric system and solar-wind system. Solar-wind concept is gaining more and more interest because the solar and wind are two energy sources that can be highly compensating. For example, in cold weathers, solar energy becomes less productive due to short exposure time of the PV panels to the Sun radiation or intermittent due to cloudy conditions, while the wind may blow harder resulting more power output. Also, the solar farm occupies lot of space from several acres to more, but the usage of the space by solar panels are not optimal, they only occupy the space from the ground up to several feet above. Lot of the space is wasted. The wind turbines are installed high in the air for capturing high wind power. Therefore, by combining the solar panels and wind turbines we can optimally use the space. Also, the end product of both energy sources is electricity, so they can share storages that are usually very costly.

Iberdrola already started the world’s first wind-solar hybrid power plant, Port Augusta in Australia. The company reported that the total capacity of the plant was 317 MW with 210 MW being generated by 50 wind turbines and 107 MW being generated by 250,000 photovoltaic panels for meeting the demand of 180,000 Australian households. The total initial investment was A$500 million.

Because of the much complementary natures of solar and wind production, the hybrid system including both is more likely to generate enough power on the demand at any time. For designs of a practical hybrid system that can satisfy an average household power need can include wind, solar, generator and battery banks as shown below for non-intermittent electric power supply.

A French startup, Unéole has introduced its rooftop wind-solar hybrid design that includes rows of silent wind turbines underneath the top PV panels. The structure has a height of about 4 meters. The company is aiming at installing the hybrid systems on flat roofs holding an area of 150 m2 or more. The Unéole  design can generate optimal results by a hybrid wind-solar system in that it not only uses the space optimally, but also reduces the hazards by rooftop solar panels due to increased gap between the panel and roof and ventilation in between of them. The company claims the new hybrid system can improve energy production by 40% compared to a solely solar solution. 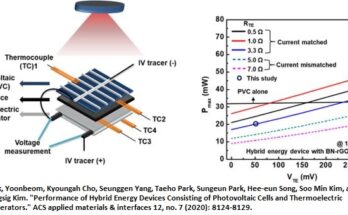 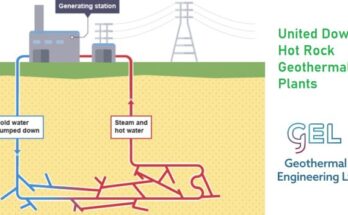 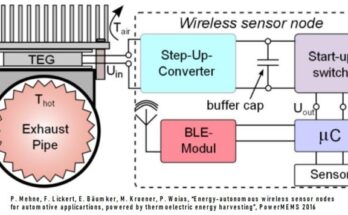