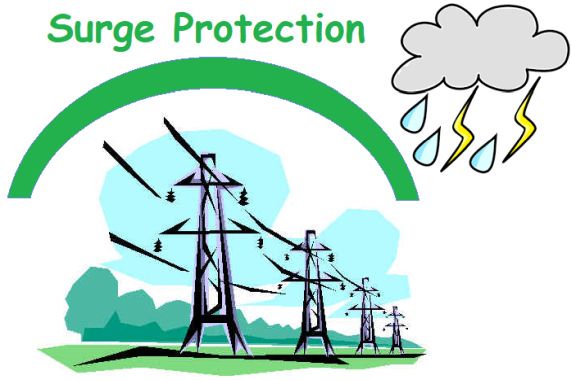 According to statistics, in the United States the direct losses due to power outages to various industries such as production shutdowns, loss of time, equipment maintenance, and premature replacement of equipment are as high as US $ 26 billion per year. Of electrical products, 63% are due to surges. Therefore, PCB design is indispensable for electrical products, so it is particularly important to understand the surge in the design and effectively avoid the occurrence of the surge.

What is a surge?
Surge is called transient over-current, over-voltage or over-power, which is a short-term current, voltage or power fluctuation in the circuit, which usually lasts about a few millionth of a second in the circuit. In a 115-volt or 220-volt circuit system, the transient of 5,000 or 10,000 volts lasting as short as one-millionth of a second is a surge or transient over-current.
What are the sources of the surge?
Surge can come from outside the electrical device, or from inside the electrical device, that is, from electrical components inside the electrical device. The surge coming from the outside is often caused by lightning or transferring of the utility grid switch. These two types of harmful power disturbances can disrupt the work of computers, data centers and computer information processing systems, causing downtime or permanent equipment damage. Of course, the surges caused by lightning remain the most dangerous threat to the equipment. However, most surges actually stem from the inside of an electrical system. Let’s discuss the surges from outside and those from inside.

The main source of external surges is lightning. When there is charge accumulation in the cloud layer, and the ground surface under the cloud layer accumulates equal amounts of charges of opposite polarities, a lightning discharge occurs. The charge potential between the cloud layer and the ground is as high as several million volts. The current of the meter is discharged by lightning strikes, and returns to the clouds through all equipment and the earth, thus completing the electrical path. Unfortunately, access is often an important or expensive device. If lightning strikes a nearby power line, part of the current will enter the building along the line, and this huge current will directly disrupt or destroy the computer and other sensitive electrical equipment. Its speed is fast, and the whole process takes only one millionth of a second.
Another source of external surges is the overvoltage generated on power lines by utility grid switches.

Surges from the inside are frequent. 88% of the surges are generated by equipment inside the building, such as: air conditioners, elevators, welding machines, air compressors, water pumps, switching power supplies, copiers and other inductive loads.
Surges are harmful to computers and other sensitive electrical equipment. Since the development of computer technology, multi-layer, super-scale stacked chips have dense circuits and tend to be more integrated and governed well by the famous Moore’s Law, with smaller component spacing and thinner interconnections. Decades ago, a square centimeter of computer chips had only about 2,000 transistors, and recently the number skyrocketed to a stunning 15.8 billion transistors in the 22-core Intel Xeon Braodwell-E5 CPU. This increases the probability that the computer will be damaged by a power surge.
Due to the design and structure of the computer, it should work within a specific voltage range. When the surge exceeds the level that the computer can withstand, the computer will have data garbled, the chip will be damaged, and the components will be prematurely aging. These symptoms include: unexpected data errors, failure to receive / transmit data, lost documents, abnormal work, often Need repairs, unexplained failures and hardware problems, etc.
Lightning surges far exceed the level that computers and other electrical equipment can withstand. In most cases, they cause immediate damage to computers and other electrical equipment, or permanent loss of data. Even a 20-horsepower small induction engine will generate a 3,000-5,000 volt surge when it is turned on or off, so that the computer sharing the same distribution box will be damaged or interfered with every surge. The number of surges is very frequent.

What are the types of surges?
From the phenomenon, there are the following five kinds of surges:

What are the hazards of power surges?
The hazards of power surges can be mainly divided into two types: catastrophic hazards and accumulative hazards.
Catastrophic hazard: If a surge voltage exceeds the withstand capacity of the equipment, the equipment is completely destroyed or its life is greatly reduced.
The usual insulation voltage of the motor is about twice the normal working voltage plus 1000V, so the insulation voltage of the 220V motor is generally 1500V. The surge continuously hits the insulation of the motor, causing the insulation to be broken down.
Accumulative hazards: The cumulative effect of multiple small surges has caused the degradation of semiconductor device performance, equipment failure and shortened lifespan, which ultimately leads to production shutdown or productivity decline.
Surges can damage electrical equipment containing microprocessors that are highly susceptible to damage by surges, including computers and computer auxiliary equipment, program controllers, PLCs, fax machines, telephones, answering machines, etc .; program-controlled switches, broadcast television transmitters, Microwave relay equipment; products in the home appliance industry include TVs, stereos, microwave ovens, video recorders, washing machines, dryers and refrigerators.

Since the first LED lamp was introduced in the late 1990s, LED lighting has become one of the major industry trends for better lighting and more energy-saving. As LED lighting is widely used, the standards of safety of LED lamps have also been established and manufacturers started to produce effective and reliable LED protective products. LED lamps are directly connected to high voltage AC mains thus can be damaged by short circuit and overload, as well as lightning surges or other transient spikes or ring waves  caused by switching, connecting or disconnecting other inductive loads.

IEC61000-4-5 is a global requirement for LED lighting devices. Specifically, IEC61547 has requirements for EMC immunity testing in the section of “Equipment for General Lighting Purposes”. The following two waveforms define the rise time and duration of the test voltage and current.

In the US, manufacturers normally must also meet the Energy Star transient voltage surge specifications for LED replacement bulb assemblies for residential and some commercial applications. The following figure shows a ring wave for energy star transient testing of integral LED lamps.

Littelfuse offers a full product line for protecting not only the AC line interface, but also on components on the DC side. In the figure below, the AC fuses in series with the AC line provide protection against short circuit and overload conditions. The MOV (Metal-Oxide-Varistor) across the AC input lines provides surge voltage clamping against transients caused by lightning. MOV is very effective in minimizing transient energy that can be very harmful to electronic components on the DC side. When selecting the fuse and MOV, it is important to understand that the fuse and MOV must be coordinated so that the fuse must not be open when the MOV is operating under surge conditions. This requires the energy related parameter of the fuse, the Melting Point, i2t (Ampere Square Seconds) must be large enough so that the fuse remains conducting when the MOV is clamping and dissipating the surge energy. The TVS (Transient Voltage Suppression) diodes can further protect the circuit when the MOV fails and let through some of the surges. The TVS diodes are typically added to the power converter stages to protect the circuit against secondary transients and clamp the spikes to a level that allows the circuit to survive.