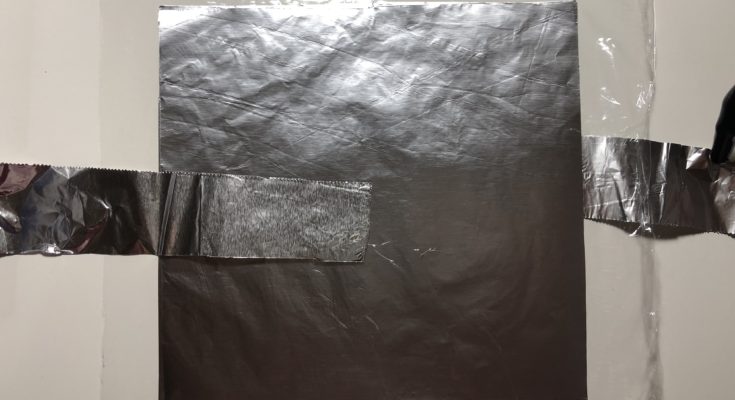 Capacitors are electronic components that can store and release electric charge. Because of this property, they find an incredibly diverse range of applications in electronics, from regulating the speed of timing circuits to smoothing out voltages in power supplies. In fact, the computer or smartphone you’re reading this on contains hundreds of capacitors! Although modern manufacturing technology allows capacitors to be made extremely small and high-capacity, you can make your own capacitors at home with common household materials!

A capacitor is made of two conductive plates with a gap in-between. When electric charge builds up on one plate, it causes the opposite charge to build up on the other. This effect is called polarization. The charges tend to attract each other, but they can’t cross the gap. In fact, the charges are so eager to meet each other that they can do a great deal of work to get to the other side if you provide them a pathway, such as a wire connecting the two plates. This potential to do work is, naturally, called electric potential, and is how capacitors store energy.

On their own, the two plates can store a decent amount of electric charge. However, we can do much better if we instead fill the gap with something called a dielectric. These insulating materials (such as paper or plastic) contain electric charges of their own that can also polarize, amplifying the effect of the capacitor. [1] Nearly all modern capacitors use dielectrics, such as aluminum oxide, plastic, or ceramic, which allow them to store huge amounts of charge without taking up much space.

A capacitor’s ability to store a certain amount of charge at a given electric potential is called capacitance. [2] A capacitor’s capacitance depends on the size of its plates, its dielectric material, and the separation between plates. It’s given by the following formula, where C is the capacitance:

In essence, the bigger the plates, the closer they are, and the better the dielectric, the bigger the capacitance. The Dielectric Constant is a unit-less quantity that tells you how many times better a dielectric is than empty space.

Capacitance is measured in Farads. From the formula, you can see that, because of the extremely small constant out front, 1 Farad is a ludicrously large capacitance! As a result, we normally work in millionths or billionths of a Farad, known as microfarads (μF) and nanofarads (nF), respectively. In this lab, we’ll build our own capacitors and investigate how changing their size and dielectric can affect their capacitance.

My “Square” plates were around 15x16cm, and I used a sheet of plastic food wrap as the dielectric. The resulting capacitance was about 9.1 nF.

With two layers of plastic wrap, the capacitance dropped to 4.8 nF. Not quite half, but pretty close

My half-plates were around 15×8 cm. With the half-size plates and a single layer of plastic wrap, the capacitor measured 4.9 nF.

I also built capacitors out of some other dielectric materials. All in all, my results were:

By rearranging some terms in the capacitance formula, you can calculate the dielectric constant of your dielectrics:

They’re quite far off compared to the theoretical values [3]:

There’s quite a few reasons for such a large discrepancy between expected and actual values. First of all, I noticed that the capacitance rose dramatically when I pressed down harder on the capacitor. This tells me that the weight of a single textbook probably isn’t enough to keep the plates sufficiently close together. I also think there might be some additives in certain kinds of plastics that might influence their dielectric constant. Furthermore, the humidity in the air can cause charge to “leak” off the plates of the capacitor, hindering its ability to hold charge. All things considered, even if the absolute capacitance values aren’t quite what we expected, the experiment still correctly demonstrates the change in relative capacitance when you alter a capacitor’s size.

You probably noticed that the capacitance decreased when you used two layers of dielectric. Is that a bad thing? Not necessarily. Dielectrics of a certain thickness can only withstand a certain amount of voltage before they stop being insulators. Increasing the thickness does mean a smaller capacitance, but it can increase the maximum voltage a capacitor can withstand. Generally speaking, a capacitor with a higher voltage rating will be larger in size, all other things being equal.

Modern capacitors truly are marvels of materials science. Multilayer Ceramic Capacitors (MLCC) are only a few square millimeters in size, yet they can have capacitances many times larger than our homemade capacitors. In fact, their ceramic dielectrics have dielectric constants in the thousands! [4] What’s even crazier is how relatively inexpensive they can be.

Remember how I said that the dielectric can be anything? Well, that includes textbook pages, too!

Tried this experiment? Feel free to share your observations in the comments! 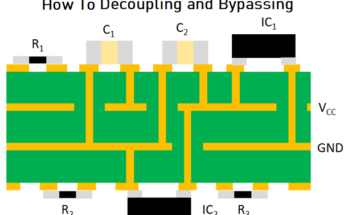 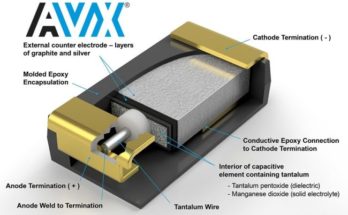 Failure Modes of Tantalum Capacitors and the Causes