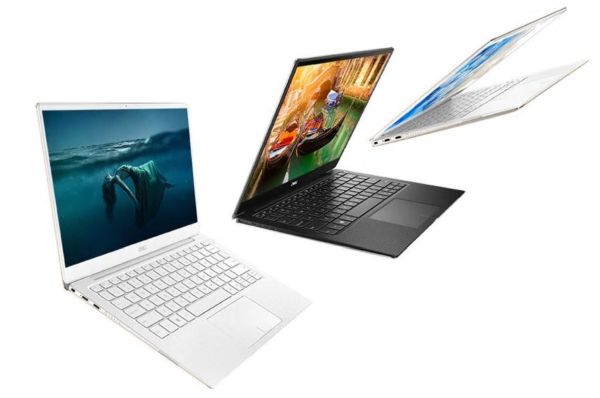 Acer showcased its predator gaming laptop at CES 2019, the Triton 900 2-in-1. Triton 900 features a unique swivel hinged display. Its keyboard is placed way to the front edge and the touchpad is located on the right side as shown in the picture below. The big area left blank after sifting the keyboard and touchpad is dedicated to the thermal management purpose with heat transfer pipe and fan being visible beneath the glass window when the laptop is not running and LEDs shining through the window when PC is on. The touchpad on the right side can be converted into a number pad by pressing a button and a LED lit number grid will be well visible on the surface.

Dell’s XPS 13 9380 is the CES 2019 Innovation Awards Honoree winner in the Computer Hardware and Components category. XPS 13 9380 features a near-bezel-free design. It stands out in the ultraportable laptops. This new XPS 13 edition is offered with three color options, silver/black, rose gold and frost white. The biggest improvement of the XPS 13 is to move the webcam from the bottom bezel of the scree to the top of the screen to avoid showing the closeup of your knuckles and nostrils. 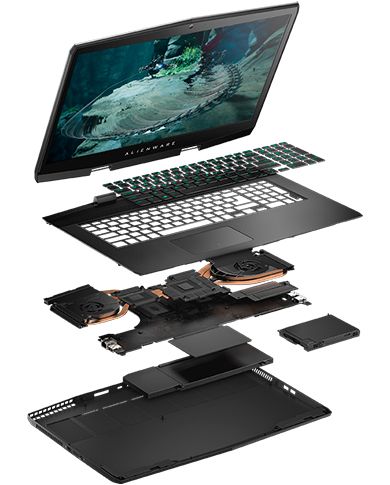 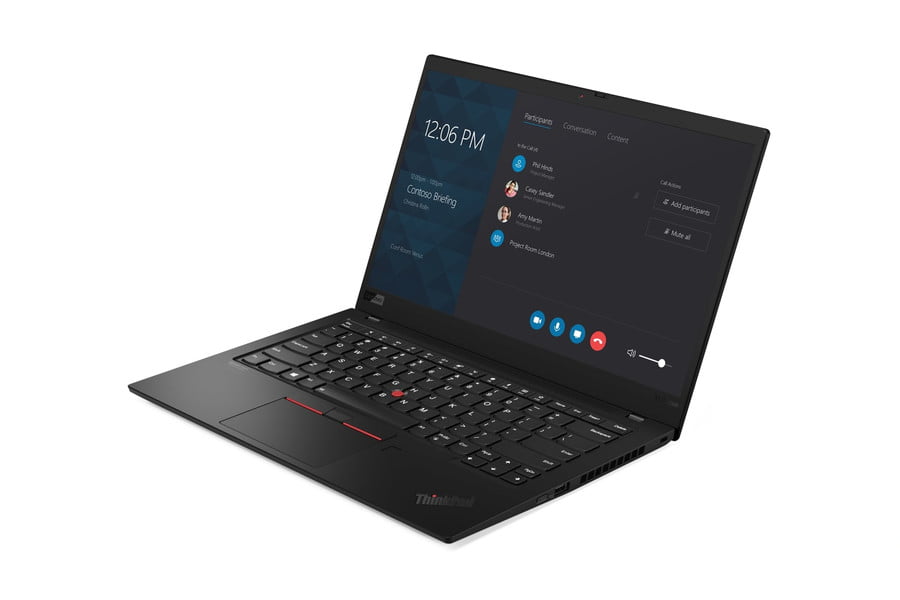 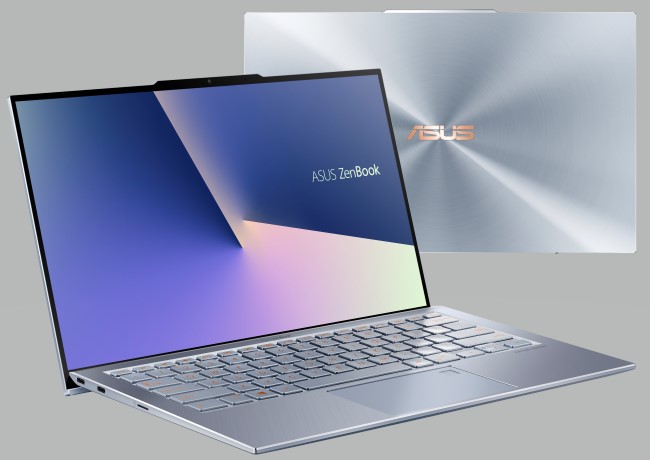 The electronics giant Asus announced its ultra-thin Ultrabook ZenBook S13 at CES 2019. The ZenBook S13 boasts it has the slimmest Bezel of all laptops and stands out with 97% screen-to-body ratio. Surprisingly the ZenBook S13 claims it’s the thinnest laptop with a discrete graphics, GeForce MX150 GPU. The laptop has a sleek and stylish body design that features a CNC-milled unibody construction with diamond-cut edges and a unique Utopia Blue finish that offsets the Rose Gold accents. With the thinnest structure, ZenBook S13 offers not only the standard USB 3.1 Gen 2 Type-A port on the side, but also two USB 3.1 Gen 2 Type-C ports with up to 10 Gbps of peak interface bandwidth. The 50Wh battery is powerful enough to provide up to 50 hours of use. 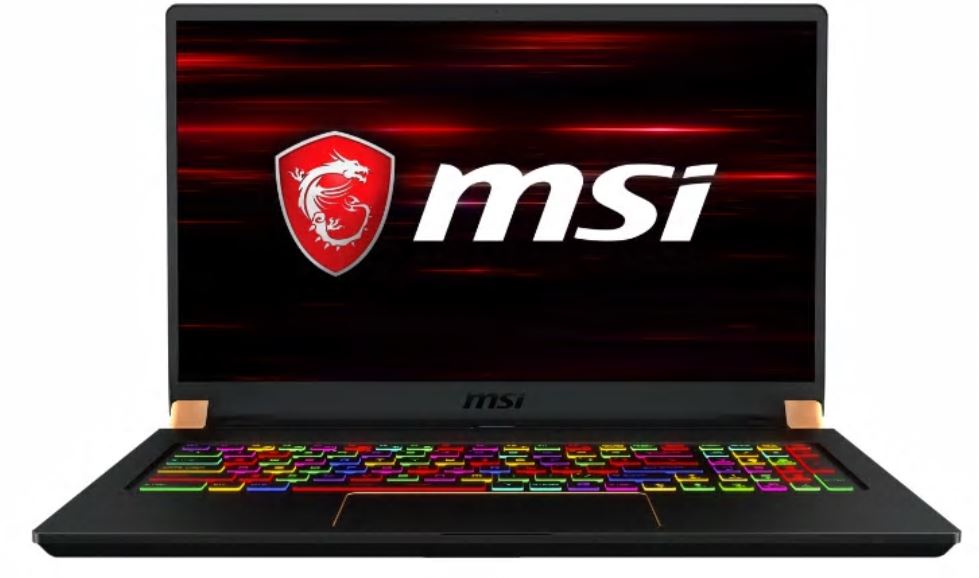 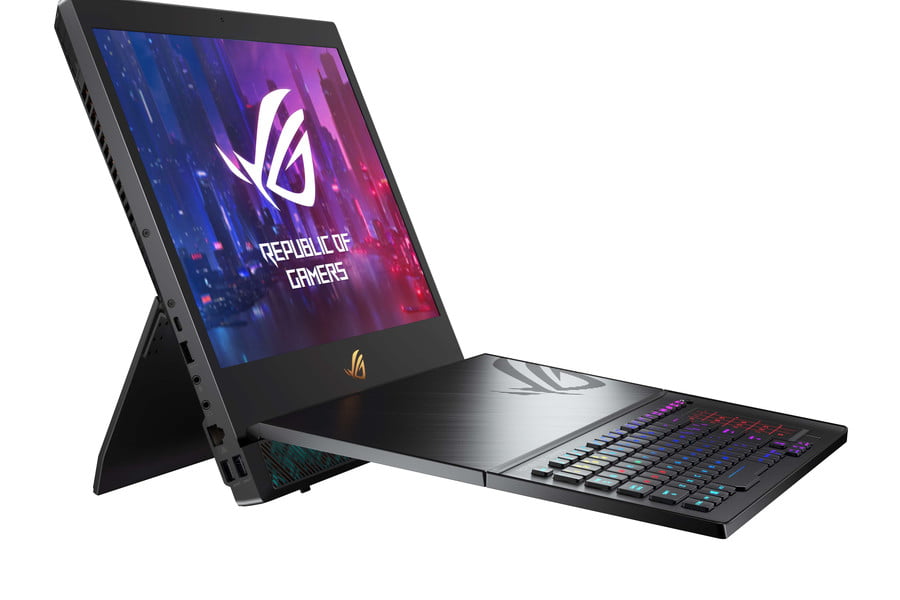 Asus launched its stunning gaming laptop at CES 2019. It’s Asus’s ROG (the Republic Of Gamers) Mothership GZ700. The Asus ROG Mothership GZ700 is unique that all its components are hidden behind the large 17.3-inch FHD IPS Gsync Display in contrast to other laptops that placed everything underneath the keyboard. Placing the components that generate large amount of heat behind the screen can help cool down the machine with better thermal convection. The keyboard is detachable that can work as a wireless portable backlit keyboard when it’s detached. The ROG Mothership GZ700 has a CNC-milled aluminum unibody with stylish finish. The unique gaming laptop also features the latest powerful engines for the best gaming experience, the Nvidia GeForce RTX2080 GPU and Intel 8th Generation Core i9-8950HK with 6 cores 12 threads. 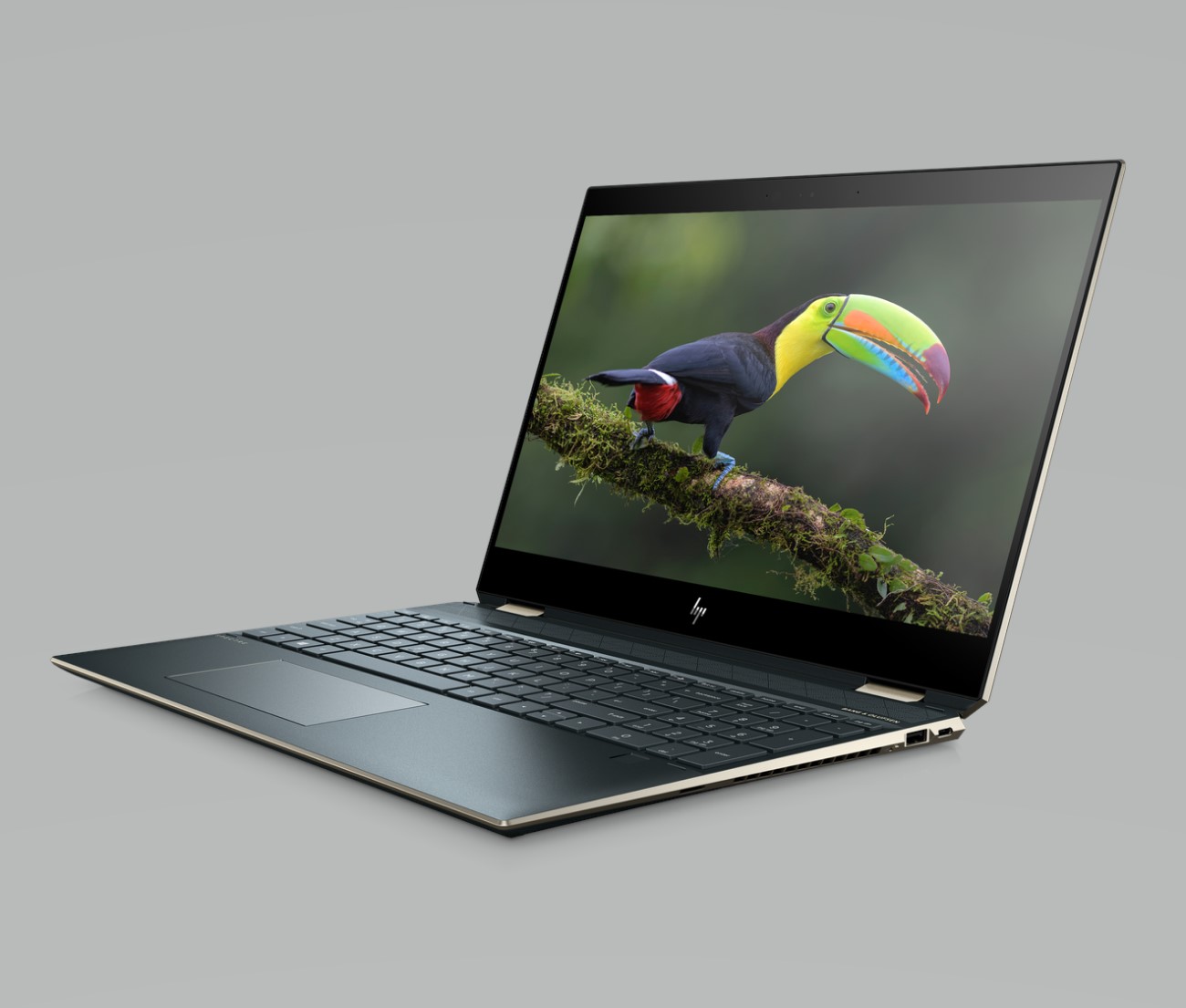 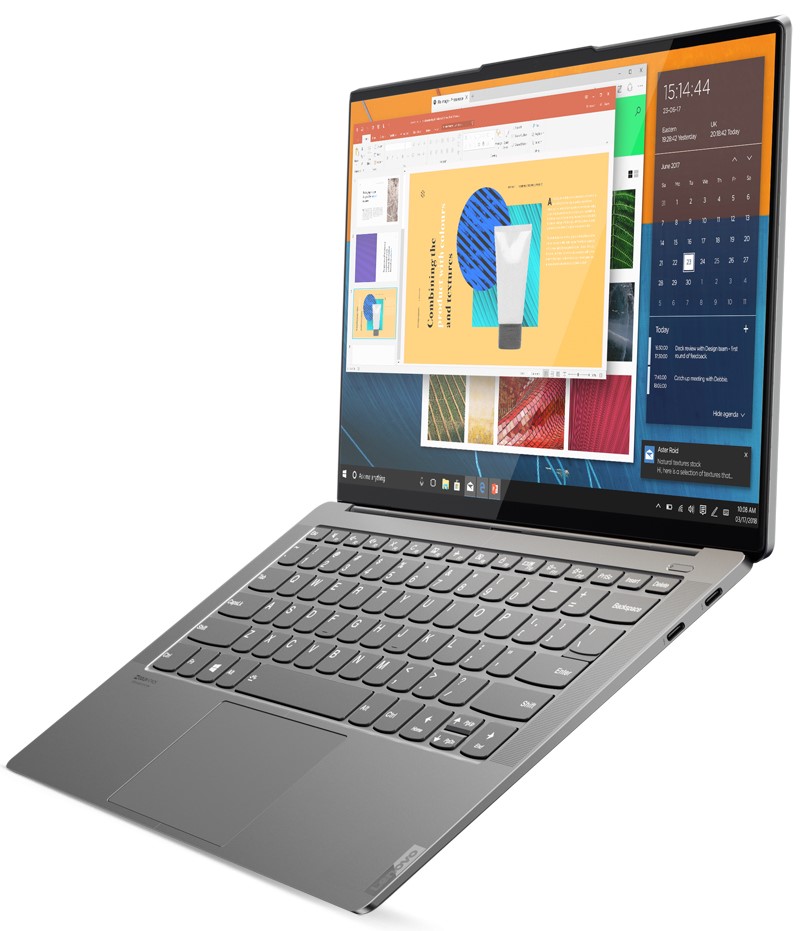 Lenovo announced a new group of intelligent devices from across its portfolio including its AI-powered Yoga S940 ultra-slim laptop at the CES 2019. The Yoga S940 is aimed at providing a seamless work-life integration and adaptive capability to video meeting and conference calls at anytime and anywhere with its featured new AI technology, which can automatically filter out most ambient noise and blur out distracting backgrounds during video calls. The AI feature can also lock your screen to protect your data by automatic detection of your absence or alert you when someone is shoulder surfing from your screen. The 13.9-inch Yoga S940 is ultra-slim measuring only 12.2 mm (0.48 inches) and 1.2 kg (2.65 pounds). It’s highly portable while offering outstanding performance with up to 8th Generation Core i7 CPU and AMD Radeon RX560 discrete graphics. Its battery life is up to 15 hours on a charge under typical usage conditions. 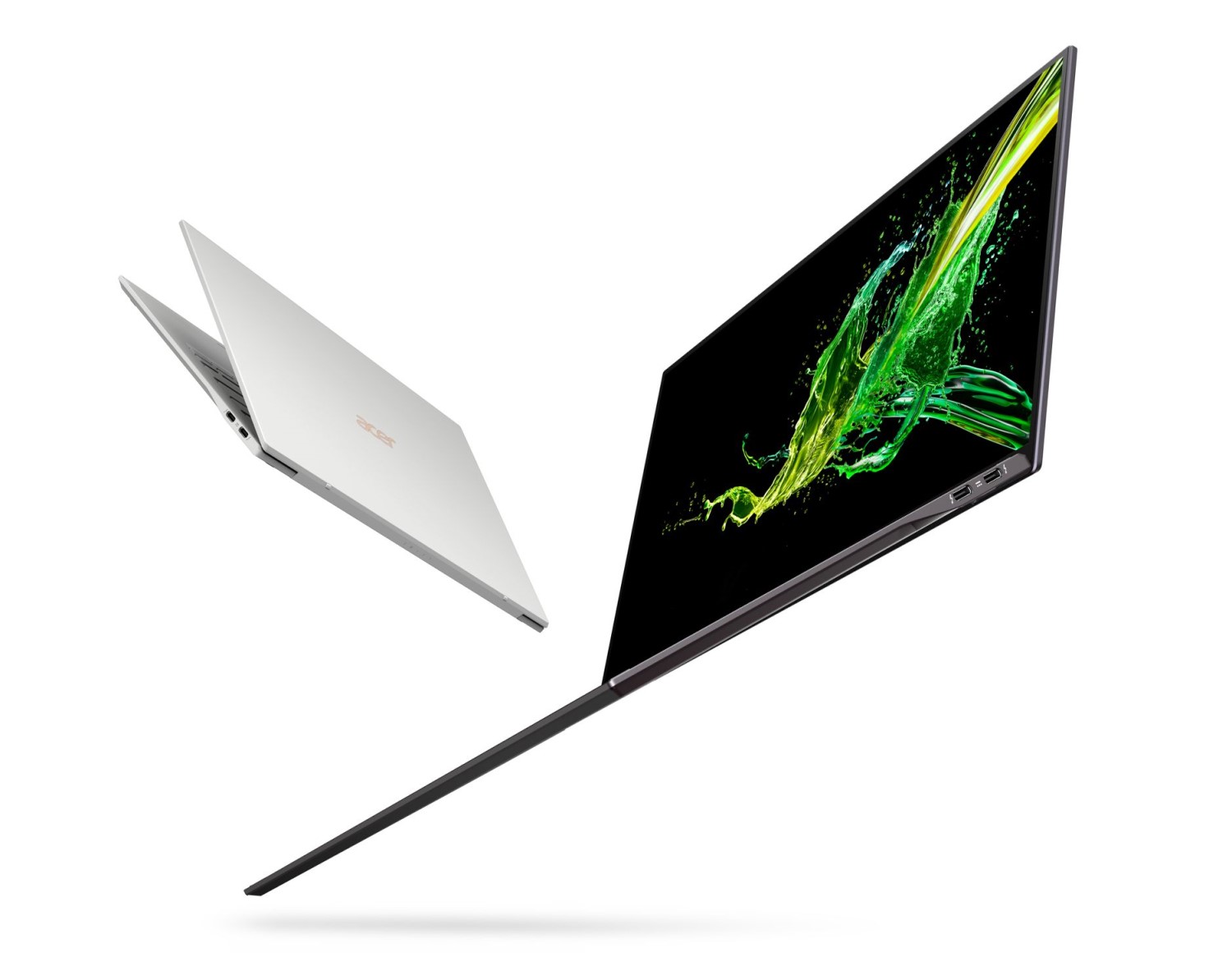 Acer announced its latest upgraded Swift 7 laptop at CES 2019 with the latest Intel 8th Generation Core i7 processor and further reduced size and weight. The new Intel Core i7 is the 8500Y variant with dual cores and runs at full speed without fans, which makes the machine quieter and thinner. With many manufacturers claim their laptops are thinnest and lightest, the Acer Swift 7 with a 14-inch touchscreen IPS display measures a thickness of only 9.95 mm and weighs under 2 pounds with the light weight body materials of magnesium-lithium and magnesium-aluminum alloys. The 14-inch display provides a resolution of 1920 x 1080 and balances up the performance and battery life that is expected up to 10 hours of typical usage. With the new design improvement, the Acer Swift 7 features a very slim bezel and make a surprising 92% screen-to-body ratio. The Acer new Swift 7 uses Corning Gorilla Glass touchpad that is very precise and responsive for scrolling and navigating. Its power button also serves as a fingerprint reader for secure one-step power on via password-free Windows Hello function. 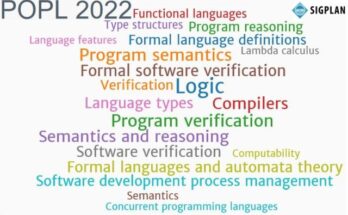 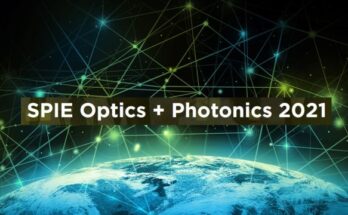