MWC19 was held between February 25 and February 28 in Barcelona, Spain. The message MWC19 delivers to the followers is “This is what we’re waiting for” and the theme of this year’s event is Intelligent Connectivity. As mobile industry’s premier event, MWC19 welcomed over 109,000 visitors from all over the world and 2,400 companies on the exhibit floors of more than 120,000 square meters at the famous Fira Gran Via. As other MWC events, MWC19 revealed tons of new products and announced a full bag of promises for a new era to come. The biggest thing we are waiting for at MWC19 is 5G that has been promised for years. And it arrives with truckload of new releases. Another highly anticipated product is phones with foldable displays. Along with all the phone products, we noticed that MWC is no longer dedicated to phones but also to all kinds of new technologies, such as Microsoft’s HoloLens and Nubia’s wearables. Let’s walk through the event by reviewing some of the best new launches of MWC19.

This phone reveals Huawei’s promise of delivering innovative products that can stand should by should with Apple’s and Samsung’s. Mate X integrates two of the industry’s biggest trends in one body, foldable display and 5G. The handset looks sleek. When it is fully unfolded, it measures about 5.4mm thin and it doubles when fully closed. When folded, the display of Mate X is divided into two outward-facing screens that are slightly different in sizes. The front display is 6.6 inches with a resolution of 2480 x 1148 and a aspect ratio of 19.5:9. The back side display is 6.38 inches with a aspect ratio of 25:9. When the Mate X is fully unfolded, you get a decent edge-to-edge 8 inches display with 2480 x 2200 resolution and 8:7.1 aspect ratio. The technology used in Mate X’s foldable display is called Falcon Wing hinge that has taken the company three years to make. 5G, of course, is the core of the stunner that Mate X brings to MWC19. Huawei, as the major 5G network gear manufacturer, can first time test its own 5G phone and claims the Mate X is the fastest 5G phone in the world. Huawei promised the download speed of Mate X is up to 4.6 Gbps, which means it takes only 3 seconds to download a 1GB movie. Mate X also features a pair of batteries with 4,500 mAh total capacity and Huawei’s Kirin 980 processor.

Sony does not follow the trend of foldable displays. Instead, Sony believes long display is more attractive. Sony’s Xperia 1 has a tall aspect ratio at 21:9, which is the world’s first CinemaWide display in a smartphone. The features of Xperia are exceptional. Xperia 1 features a 6.5 inches 4K OLED HDR screen that delivers unparalleled image quality. Besides the 4K display, Xperia 1 also excels in video with a triple lens camera system that made from Sony’s mirrorless camera. The triple lens system is made to accommodate any situation and light conditions. The 16 mm lens is used for wide landscape, the 26 mm lens is perfect for flexible use and the 52 mm lens allows 2x optical zoom. The advanced camera system offers the ability to capture 4K HDR with 24 fps. Xperia 1 features the Creator Mode that is a collaboration with CineAlta engineers to reproduce TV shows and movies in pro-level color accuracy. The industry-leading technology ensures consistent color reproduction. There are other cutting edge technologies that are first used by Xperia 1, such as Sony’s Alpha professional with BIONZ X for mobile.

Xiaomi Mi Mix 3 was already announced in October 2018 in China but is the first time released in western market at MWC19. Mi Mix 3 is just one of the many 5G phones that appeared at MWC19, but it is also one of the lowest priced 5G phones. The Mi Mix 3 features a Snapdragon 845 chipset, 6 GB of RAM and up to 256 GB of storage. The display is a 6.39 inches slider screen that pushes the limits of screen-to-body ratio to 93.4%. The innovative magnetic slider technology ensures the phone to stay working like new after 300,0000 intensive test slides. Using colored ceramic, Mi Mix 3 offers three elegant styles to select, Onyx Black, Sapphire Blue and Jade Green. The dual camera system of Mi Mix 3 is Xiaomi’s most powerful camera that uses AI technologies, such as AI scene detection, AI studio lighting, AI dynamic bokeh, AI beautify for videos, AI makeup and AI Eye light. The primary camera is 24MP that is the flagship image sensor by Sony. The secondary camera is 2MP dedicated DOF camera. Mi Mix 3 can record at 960 fps to take cinema-level slow-motion videos. The phone comes with a 10W wireless charger that features an efficiency increased by 30%.

ZTE Nubia Alpha is placed in the category of smartwatch but it has smartphone capabilities. It’s a perfect concept of smart wearable. Nubia Alpha can make and take calls as a regular phone and it takes pictures using the built-in 5 MP camera. The display is a 4-inch flexible OLED with 960 x 192 px resolution. The smartwatch has a built-in gesture sensor that is part of its AIM control system, or Air Interaction Mechanics control system. The AIM control system detects swiping in the air over the watch to mimic touch control. The hand movements can be recognized by the sensor and you can perform menu operations without physically touching the screen. There is also a heart rate sensor on the back to monitor your activities. 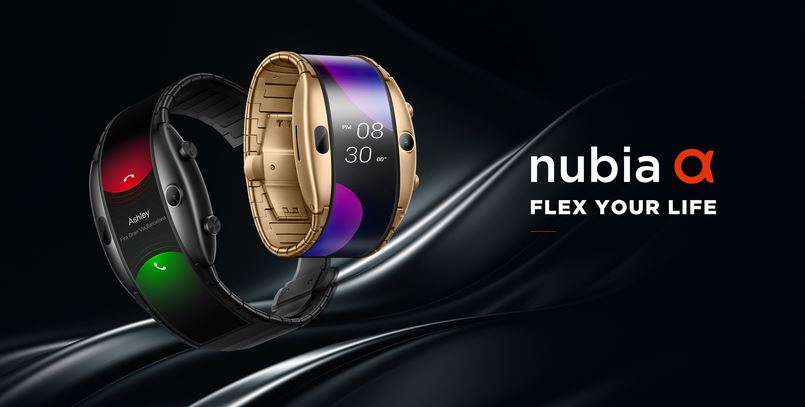 As the world’s first smart 5G hub, HTC 5G Hub brought surprise and excitement to the MWC19. Aiming at not only in-home use, but also for business environment, HTC 5G Hub commands the lighting fast speeds for smooth 4K video streaming, low-latency gaming and faster networks. The 5G hub features the Qualcomm’s Snapdragon 855 SoC mobile core and Qualcomm’s 60GHz next-generation 802.11ad WiFi and 2×2 WiFi 6 ready chipsets. The modem in this HTC 5G hub is the X50 5G modem. The touchscreen of the 5G hub is powered by an Android 9 Pie UI. The battery of the HTC 5G Smart Hub boasts an all-day battery of 7660mAh. The 5G hub can allow high speed WiFi connections for up to 20 devices. There multiple charging ports on the back of the device for charging other mobile devices. HTC 5G Hub supports Google Assistant to take voice commands. With this HTC 5G Hub, the users can stream VR content from the cloud to a HTC VIVE Focus headset with needs of a PC or interconnecting cables. 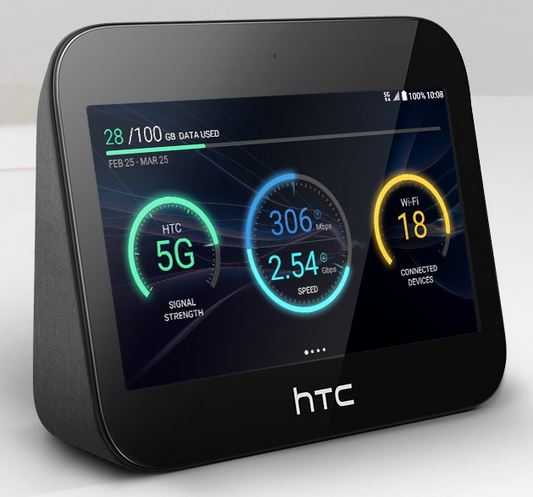 Samsung’s S10 lineup phones are the Best of MWC 2019 Award winner including the 5G version. As the company’s first 5G smartphone, S10 5G offers lighting speed that is 20 times faster than 4G and super-low 1ms latency. The Samsung Galaxy S10 5G has the biggest screen in the S10 lineup. The 6.7 inches Dynamic AMOLED display with the highest resolution of 3040 x 1440. At this size, the S10 5G smartphone still feels comfortable to hold in hand because its ultrathin design. The Samsung S10 5G has 3D depth sensors in both its front and rear camera systems that consists of six lenses managed by AI algorithms for each shot. Like the other version in the S10 lineup, the S10 5G has the innovative ultrasonic fingerprint sensor to offer high level of security and fast unlock of the phone. Unlike other existing fingerprint scanner, such as photographic and capacitive types, the ultrasonic fingerprint scanner uses ultrasonic waves to register the unique patterns of each fingerprint. The S10 5G also features the Wireless PowerShare function for reverse wireless charging.

LG G8 ThinQ provides three ways to unlock your phone, fingerprint ID, Hand ID and 3D face ID. The new state-of-the-art technology LG uses brings the security of phones to a new level. The 6.1-inch OLED Fullvision display lets you enjoy striking clarity, beautiful contrast and vibrant color for the best pictures on a smartphone. LG G8 ThinQ offers Air Motion technology that allows you to operate your phone without touching its screen. Image how this works when you have dirty hands or wet fingers when the phone rings. With the 3D depth sensors, the LG G8 ThinQ smartphone helps you capture excellent selfies with custom background and adjustable lighting effects. 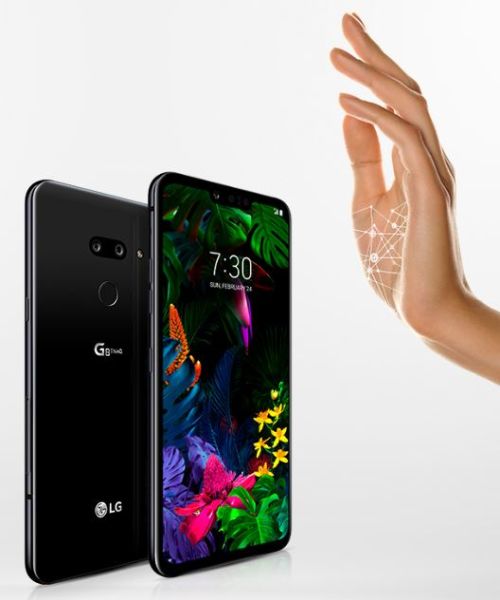 Nokia 9 PureView is famous at MWC19 because of its five-camera array that was developed in partnership with Light and Zeiss. The lens of the camera system can focus on subjects easily from 7 cm to 40 meters and it allows more light in than other standard phone cameras. Nokia 9 PureView has a QHD+ pOLED display with 2K HD resolution. The screen is made of Corning Gorilla Glass 5 that can protect the phone from dropping off 1.6 meters high onto hard, rough surfaces up to 80% of the time, about 4 times better than any other glasses. The phone’s operating system is Android 9 Pie that is optimized for mobile devices to allow less adjustment and longer battery life with the power of artificial intelligence. The Nokia 9 PureView has 6GB LPPDDR4X RAM and an internal memory of 128GB. The biggest surprise this phone brings to us is its rear camera system that consists of a 5-camera array with each at 12 MP resolution. The front-facing camera is 20 MP. 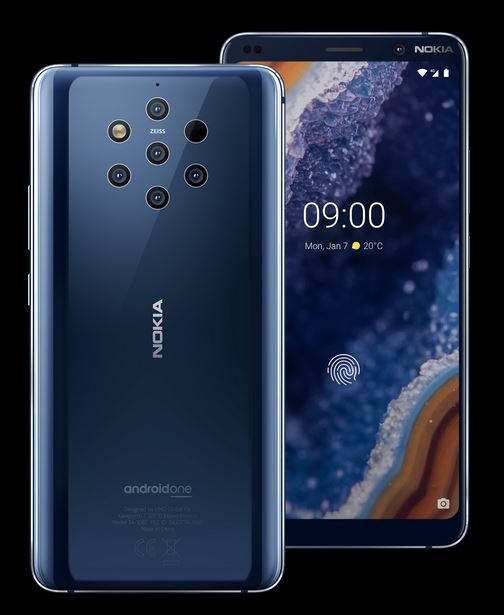 Honor View 20 signals the start of a new era in smartphone technology. The phone has a 48 MP 3D camera system built-in. Honor calls it a game changer in smartphone photography. Honor View 20 features the powerful Kirin 980 AI chipset that has dual NPU and dual-ISP to provide AI enhanced Ultra Clarity. The new AI technology offers unseen details of pictures even taken from distant or high vantage point. The phone also incorporates the Quad Bayer array and AIS technology, or Artificial Image Stabilization, which allows you to capture the night scene in a snap with stunning details and accuracy. The camera system supports 3D photography that automatically detect depth and capture real-time motion with Skeletal tracking technique. 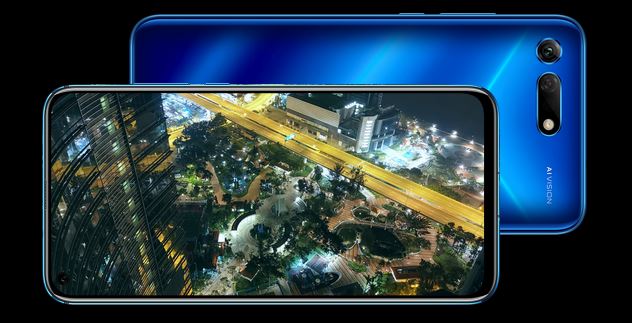 Microsoft Introduced its mixed reality (MR) head-mounted display (HMD) at MWC19. Since the release of HoloLens in 2016, Microsoft has improved the technology and incorporated many new features, which leads to the debut of the HoloLens 2 at MWC19. HoloLens 2 have been made better than its first generation in three key areas, immersion, comfort and time-to-value. The HoloLens 2 provides more immersion by advancements across the board, such as visual display, vibrant holograms, doubled FOV (field of view) and industry-leading holographic density of 47 pixels per degree of sight. HoloLens 2 has a new display system that can achieve the performance at low power. With the new time-of-flight depth sensor and the built-in AI and semantic understanding, HoloLens 2 enables direct manipulation of holograms with the same interactions taken in real world. HoloLens 2 is more comfortable to wear with the enhanced balanced center of gravity. Also, the comfort is enhanced by using light carbon-fiber material and a new mechanism for donning the device without readjustment. The thermal management has been improved with new vapor chamber design technology. The new dial-in fit system makes it comfortable to wear for hours on end. The HoloLens 2 technology has seamlessly interfaced with many applications, such as Dynamics 365 Remote Assist, Dynamics 365 Layout and new Dynamics 365 Guides. In addition to the value HoloLens offers, Microsoft’s mixed reality partners provide a broad range of products built on HoloLens technology that deliver values across a variety of industries and use cases. 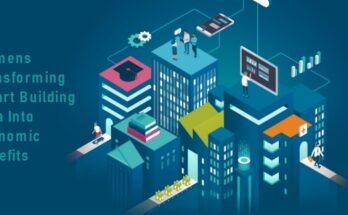