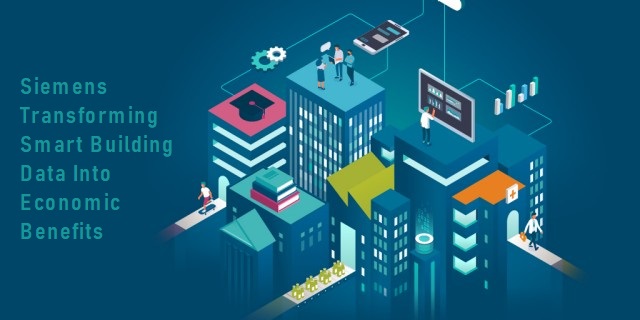 With increasing awareness of environment protection, we want to save more energy by producing energy star compliant appliances, low power electronics and energy efficient buildings. The key to creating energy-efficient building has become more critical than ever. It is reported that the buildings consume about 40% of energy production of the world. Saving energy has become as import as offering comfort in new building design. We are utilizing the advanced technologies in sensors, information, big-data, wireless networking, and communication to create smart buildings based on BAS (Building Automation Systems). Smart buildings provide not only the desirable comfort and productivity, but also the high efficiency in energy use and control.

Large use of self-powered wireless sensor networks in smart buildings greatly reduce the cabling and wiring, saving cost in system upgrade and maintenance. The large portion of the savings comes from the automated system monitoring, control and energy conserving based on wireless sensor networks. The wireless sensor nodes enable more intelligence to be used for optimal energy management and allow higher system efficiency in modern buildings. An important feature of a smart building is the intelligent control and monitor of energy use. This requires the sensor systems to have a coverage of the space to be controlled as much as possible. The control can be more optimal when the ambient information is collected from multiple points of measurement and transmitted as fast as possible to the receive for real-time data processing. In a big building, there may be hundreds of subsystems that are locally monitored and controlled. The BAS (Building Automation System) on the top with all these subsystems connected via wireless networks. In the smart buildings, hundreds and thousands of sensors are installed at points of interest to collect data of temperatures, illuminance, room occupancy, gases, particles, humidity, etc. Using wireless networking technologies is greatly advantageous with no limit to adding new sensors. There are various wireless protocols can be used, such as ZigBee, Bluetooth, GSM, WiFi and ISM.

With so many sensors and actuators deployed on site, it is a great challenge to run power cables to each individual device. Batteries have been proved to be a viable way to eliminate the hurdle of power cables. When using batteries, we must consider the fact that batteries have limited lifespan, at the EOL (End of Life), we must replace the batteries, which is a big drawback of battery-powered systems. It not only increases the cost for maintenance, but also cause system down times. With ultra-low power designs, the new wireless sensors consume very little power and are highly efficient on using the battery power. The following figure illustrate a PIR sensor based on a coin cell CR2032 can work for 10 years.

Even though batteries can last more than 10 years for some applications, the cost and down time due to the reliability and lifespan of batteries are still big disadvantages. In recent years, energy harvesting technologies have found applications in building automation systems. It is especially important to combine wireless networking with energy harvesting technologies. As an example, HVAC and lighting systems consume a great amount of energy in a building. When a wireless sensor network with energy harvesting is installed for monitoring the temperature and occupancy, lots of cost can be saved by turning off the light and adjust the temperature in the zone that is lightly occupied.

Examples of ambient energy sources include TEGs (Thermoelectrical Energy Generators), solar, wind and vibration, etc. TEGs can be mounted on a heat source, such as HVAC ducts. Vibration sensor based on piezoelectric materials can be installed on a constantly vibrating surface, such as a windowpane of a high-rise building. For solar PV energy collection, the solar PV panels can be installed on the walls or roofs of the building. For improve solar PV efficiency, MPPT (Maximum Power Point Tracking) system is required.

Another approach is to supplement batteries with energy harvesting methods. Even though energy harvesting has gained big stride in recent years, most wireless sensor nodes are still powered by batteries. The advantage of using a battery in sensor node is the stable power output and relatively simpler power regulation topology. The disadvantage is obvious that all batteries have limited lifetime. The sensor node will lose all functionalities when the batteries are depleted. In some applications, replacement of batteries is impossible, for example, remotely deployed sensors and sensor inaccessible. In some applications, even though replacement or recharging of the batteries is allowed, the cost of time and support circuit is not desirable. Therefore, it is desirable to combine the battery and energy harvesting to power wireless sensor nodes to offer stable, uninterrupted and maintenance-free power supply. Energy harvesting can exploit various types of energies available in the surrounding environment, such as solar, wind, thermal, vibration, and electromagnetic power. The energy harvesting technology can convert the collected energy into a stable DC power supply via high efficiency boost converter or store the extra energy for future use.

The above block diagram shows the typical architecture of a wireless device that include the following components: