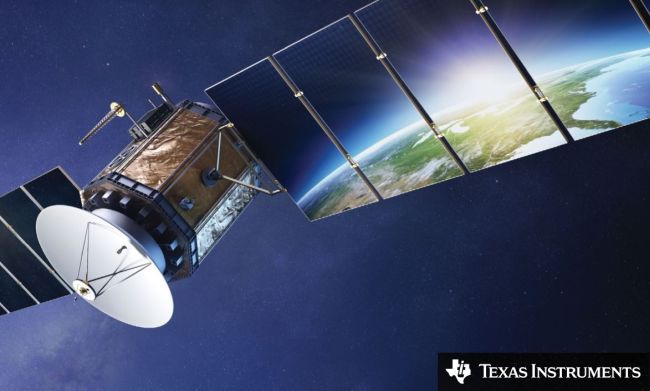 Texas Instruments’ engineer Jack Kilby invented the IC (Integrated Circuit) on September 12, 1958. Jack Kilby’s invention earned him the Nobel Prize in Physics in 2000. The Integrated Circuits have changed the world in a way nothing else can be comparable. At the time of the invention, nobody could know that these chips would be one day the key to enable cell phones, smart TVs, autonomous cars, and portable smart devices. But the engineers including Charles “Bob” Cook of the TI semiconductor lab led by Jack Kilby knew for sure they were key parts for winning the heated Space Race in the year 1961.

NASA had big plans for space exploration, for example, the Project Apollo mission, aiming on the moon. Therefore, NASA wanted greater computing power and lighter weight for the onboard modules. They asked for a better IC than TI’s first commercially available SN502. This led to TI’s SN514, the first IC that orbited the Earth in mission Explorer 18 in 1963. The heart of the onboard Optical Aspect Computer includes a pair of Series 51 ICs, SN510 and SN514, designed by Cook and the team.

The Series 51 was a set of six digital logic circuits based on resistor-capacitor-transistor technology that feature low power, small size and flat package. On the basis of Series 51, TI developed Series 52, 53 and 54 of which SN54000, a military grade 4-channel 2-input NAND gate is still an active product even today.

The foundation of space electronics was established after the debut of ICs in the space in 1963. ICs made by TI had gone more and more space missions , such as Project Apollo, Mariner, Voyager, ISS (International Space Station), Mars Orbiter Mission, Juno, Telstar, Mars Rover, Hubble Space Telescope, Rosetta and Philae, and more.

The chip that changed the world