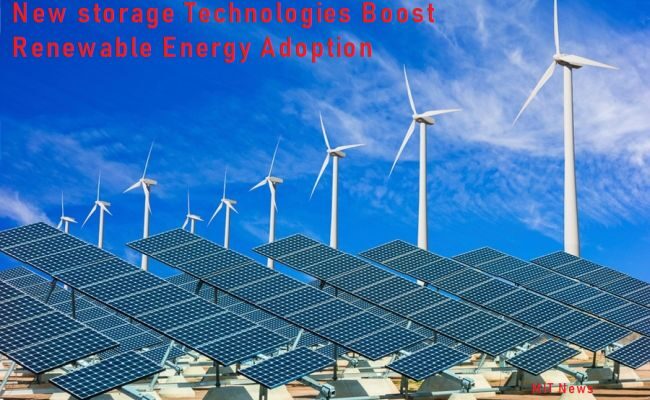 Renewable energy sources, such as biomass, geothermal, wind and solar, have huge potential to free us from heavily relying on the exhausting fossil fuels and further reduce the greenhouse gas. The widespread concerns about global climate change, govenmental initiatives including renewable portfolio standards, and consumer involvement in using green energy are resulting in increased adoption of renewable energies. Both solar photovoltaics (PV) and wind energy are not constant but have intermittent output, which is impossible to generate reliable and steady power supply as those traditional sources used for electricity generation. The variation of power output of these renewable sources has caused big concerns regarding the reliability of an electric grid that derives a large fraction of its energy from these sources as well as the cost of reliably integrating large amounts of variable generation into the electric grid. In any area around the world, we cannot find constant wind and solar power input to generate stable electricity. Therefore, it is required to have the energy storage as a indispensable component of any future energy systems that use large amounts of variable renewable resources.

Storage provides one solution to avoiding curtailment by absorbing otherwise unusable generation and moving it to times of high net system load (where net load is defined as normal load minus VG). The additional flexibility storage provides is also important.  Storage can provide operating reserves, which reduces the need for partially loaded thermal generators that may restrict the contribution of VG. Finally, by providing firm capacity and energy derived from VG sources, storage can effectively replace baseload generation, which reduces the minimum loading limitations.

The above illustrates how the curtailment rate can be reduced by introducing energy storage. The base case without storage is a 12 GW minimum load (or an 80% flexibility factor).  In addition, a storage device with 5% of the system’s power capacity (or 3 GW in a 60 GW peaking system), 20 hours of energy capacity, and a 75% round-trip efficiency is introduced.  If this device is used only to absorb otherwise unusable energy, the curtailment rate is reduced substantially. For example, when VG is providing 50% of the system’s energy, about 30% of the VG is curtailed without storage, and about 25% with the 3 GW of storage. This includes the additional losses that occur in the storage process. The device’s ability to replace firm capacity and potentially reduce the minimum load constraint further reduces curtailment. Adding the ability to reduce the minimum load by 50% of the device’s capacity (or about 1.5 GW) reduces curtailment further – in the 50% VG case, the curtailment rate now drops from 30% without storage to 20% of the total VG.

In 2019, the total battery electricity storage is about 3 GW, which includes only large, grid-tied, utility-scale deployments. If those smaller scale decentralized behind-the-meter installations are included, the total storage should be more than that. According to Energy Storage Networks, “Global battery storage pipeline hits record 10.4 GW in first quarter of 2018”, 16 April 2018, The U.S., UK, Australia, China and Korea accounted for about 80% of the new battery storage systems installed in 2018. Direct coupling of battery storage with energy source generation is more and more popular in many countries, such as Australia and Korea.

Lithium-ion batteries can be over charged or over discharged if they are not protected and the results can be overheating or explosion.

High power density and protection systems add the cost to applications of lithium-ion batteries, which is one of the primary considerations for their use in high power applications, e.g. energy storage.

Lithium, like other rare materials, e.g. tantalum ad cobalt is mainly supplied by conflict areas, which may raise ethical concerns about its use in product designs or cause concerns about uncertainty of supplies.

Thermal energy storage (TES) primarily in the form of molten salts is becoming widespread to allow more flexibility in power generation by CSP (Concentrating Solar Thermal Power). TES is also called thermal battery, molten salt battery or liquid sodium battery. The electrolyte of the thermal batteries is a mixture of solid sodium or lithium salt that turns to liquid when it is heated. Thermal batteries are application oriented so that their electrical characteristics, activation time, environmental conditions and mounting conditions are specifically met. Since they are specifically designed for targeted applications, thermal batteries deliver high reliability, no maintenance, high power density. The thermal battery technology has been successfully utilized in electric vehicles, marine applications, oil drilling and aerospace. Thermal batteries are non-rechargeable, single use batteries that are only useable once activated. The following diagram shows the structure of a thermal battery and how it works.

2018, it was reported that a historical high 3.8 GWh of TES was installed at CSP facilities on 2018,  which accounts for a 30% increase according to SolarPower Europe, “Strong solar growth in Europe, Germany largest market”, press release (Brussels: 20 February 2019). In other countries, such as Denmark, building seasonal storage for hot water in pits, boreholes and aquifers is now a common practice comparing to long-time industrial TES applications of bricks ad stone for generating steam.

Hydrogen is used fir chemical energy storage and other industrial processes. Renewable hydrogen  possesses great potential as a energy storage medium for promising integration of variable renewable energies. The majority of hydrogen production (about 95%) is by processes using fossil fuels, while the rest is by electrolysis. Renewable electrolysis has not been widely available for making renewable hydrogen, but has been used as an important method for transport, heating and cooling.

As the increase of power generation by renewable energies, the demand for energy storage surges from year to year. As described by Robert F. Service in a 2019 Science Magazine article, a new type of fuel cell, PCFC (Proton Conducting Fuel Cell) can help fix the issue of storage faced by increased renewable energy generation. Currently, massive battery banks are widely used as grid storage backup. The most prominent issue caused by using batteries is the short backup time, not even mentioning the high cost of batteries. The alternative is to convert the excessive energy into green hydrogen fuel by electrolyzers to generate oxygen and hydrogen gases from water molecules. The source of energy for driving the electrolyzers come from renewable energies, ideally solar and wind power. The hydrogen is then used fuel cells to generate electricity to drive EVs (Electric Vehicles). This process is complicated that it requires two reactions and two types of catalysts as well as two sets of devices. The new PCFC fuel cells overcomes this problem by making the hydrogen fuel and converting it back to electricity with just one set of catalyst. The following figure shows the principle of PCFC hydrogen fuel generation and conversion of electricity with the new fuel cell. According to the authors, the Faraday efficiency of the reversible protonic ceramic electrochemical cell reaches as high as 90-98% and a >97% overall electric-to-hydrogen energy conversion efficiency. The repeatable round-trip efficiency is >75% and longer than 1000 hours of stable operation with less than 30 mV degradation.

According to Gary Polakovic, USC scientists have developed the new version of the so-called redox flow batteries with low-cost and readily available materials. Redox flow battery is a proven technology, which stores electrochemical energy in forms of negatively charged electrons and positively charged ions in respective fluids. The reverse process via reduction and oxidation to recombine the electrons and ions to generate electricity for needs. The fluids include a n iron sulfate solution and a type of acid. The iron sulfate is a waste product of the mining industry and costs as little as 2.2 pounds per dime. This material is so abundant and cheap. The acid is called Anthraquinone disulfonic acid (AQDS), which is an organic material used in redox flow batteries due to its stability, solubility, and energy storage potential. AQDS only costs about $1.60 per pound. It is estimated that the cost of use of the new flow batteries would be about $66 per kWh. 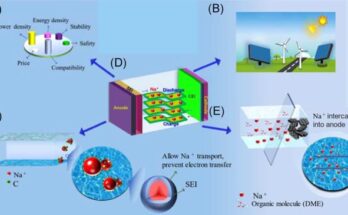 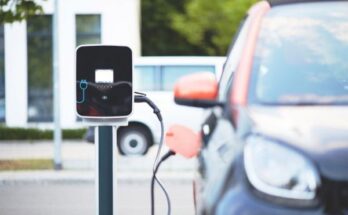