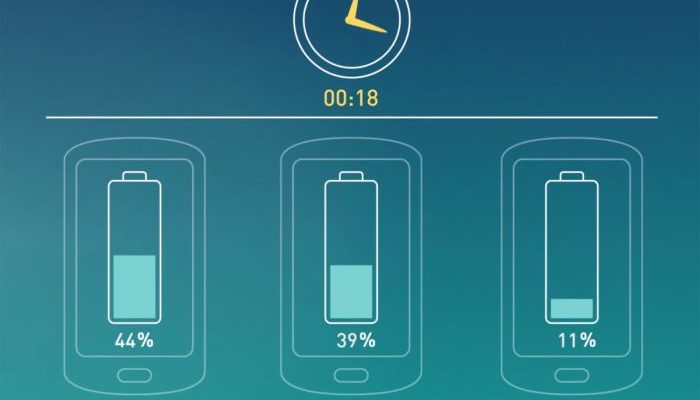 Smartphones need power to operate their fast processors, huge memory and vivid screens. Battery life is the criteria many people make their decision for smartphone purchasing. Recent trend in smartphone market is the fast charging technology which has slowly made its way the in the decision making for phone selection. We want a smartphone that can charge in minutes instead of hours.
Charging standards are a complicated combination of science and engineering, and each standard has its own sets of limitations and incompatibilities with each other which are not apparently available from various publications.

Batteries charge when a current pass through them. Large current and higher voltages charge batteries faster, but there’s a limit to how much the batteries can take. The charging controller IC protects against dangerous spikes in current. The controller chip regulates the overall flow of electricity into and out of the battery. Normally the lithium-ion charging controllers define the current at which the battery charges by measuring the battery’s cell current and voltage, and then adjusting the current that flows in. Some use a DC-DC converter to manipulate the input voltage, and advanced integrated circuits match the impedance between the charger input and the battery terminal to regulate the current flow up or down. The amount of current the charge controller draws is generally dictated by the receiving device’s software.

USB charging is popular. USB cables are easy to find. USB has a robust, well-defined charging standard called the USB Power Delivery Specification. The USB Implementation Forum specifies four USB variants, USB 1.0, 2.0, 3.0, and 3.1.
A typical USB 1.0 and 2.0 plug can deliver up to 5V/0.5A (2.5W). An iPhone charging at 2A over USB uses 10W. The average incandescent bulb draws about 40W of power.
Be default, USB3.0 can deliver 5V/0.9A (4.5W).
USB-C, the oval-shaped reversible plug on newer smartphones is different. It can deliver much higher power at higher voltage than the other variants. Many USB3.1 devices take advantage of the USB Power Delivery (USB-PD) specs, which has a maximum power output of 20V/5A (100W). Smartphones don’t draw that much power and manufacturers commonly stick with a lower amperage (like 3A), but it’s a boon for USB-C laptops like the MacBook Pro and Google Chromebook Pixel.
The Battery Charging Specification deals with power draw from a USB port for charging. The most recent spec, Rev 1.1, defines three different sources of power: Standard Downstream Port (SDP), charging downstream port (CDP), and dedicated charging port (DCP). CDP, the spec in modern smartphones, laptops and other hardware, can supply up to 1.5A.
Fully compliant smartphones and chargers follow the limits of USB2.0 and BC1.1, but not all phones and chargers are compliant. That’s exactly the reason for why we set it the default to the lowest charging speed.
The USB specs are more like guidelines than dictum. Fast charging standards like Qualcomm’s Quick Charge and Samsung’s Adaptive Fast Charging exceed the USB spec’s voltage parameters, but on purpose – that’s why your devices can recharge in minutes, rather than hours. Some manufacturers prefer to pump up the USB voltage but keep the current low. Some prefer to keep the voltage low but pump up the current. Either approach has pros and cons. To show the trend of current fast charging technologies, we made comparisons between many of the current fast charging standards based on the specs provided by various manufacturers. 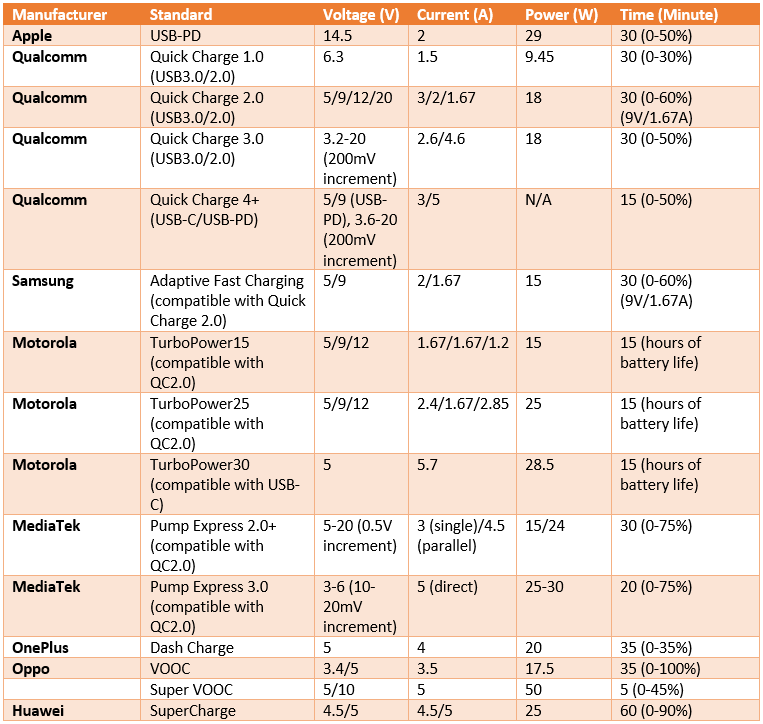