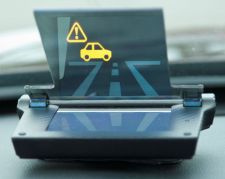 Automotive giant Honda has conducted a pilot project in Marysville, OH, where one of Honda’s assembly plants is located. The pilot project is part of the 33 Smart Mobility Corridor, a partnership between Honda, the city, the state of Ohio, auto suppliers and the National Highway Traffic Safety Administration. Honda’s Smart Intersection technology is based on their own proprietary object recognition software working in group with cameras and other telematics equipment mounted on traffic signal poles. The technology enables the vehicles to virtually detect unseen objects behind the buildings and blockades in any weather conditions to aid the drivers to avoid hazards and risks they cannot see or cannot respond to quickly. Apparently, this is an important groundbreaking technology that show promise in the era of driverless cars.
Roads provide us the convenience by driving our vehicles on to work, shopping and anywhere. But sometimes, the roads can be a dangerous place. Reports have shown that intersections accounts for about 40% of the total collisions. The following situations have been encountered by almost every driver, such as pedestrians or animals running into the street without notice, and emergency vehicles needing passing by, or dangerous maneuver by another driver like running a red light. According to Honda, around 20 percent of the nearly 35,000 traffic deaths in the US occur at intersections. The quicker a driver or vehicle is alerted; the more time is provided for acting to reduce that statistic. To deal with these situations at the intersections, Honda developed the V2I (Vehicle-to-Infrastructure) technology that can exchange data from roadside infrastructure to a passing by vehicle. Visual warnings are displayed on the HUD (Heads-Up Display) on the car’s dash, in addition to auto prompts.

Emergency vehicles make a special case. When an ambulance carrying a critically injured person is passing by, any other vehicles along its route could be alerted to clear the way before they even hear the sirens. For those with hearing difficulties particularly, the visual warning helps them to react much quicker. Whereas today emergency vehicles in many places can run red lights where necessary, it can still be dangerous. Traffic lights along the emergency vehicle’s route could also be set in advance to allow it to pass quickly and safely.

Honda’s system uses four cameras mounted above traffic lights at each corner of an intersection to capture a bird’s-eye view of surrounding vehicles and pedestrian traffic out to a 300-foot range. The proprietary image processing software then creates a 360-degree image of the intersection that classifies vehicles and other moving objects – such as pedestrians, bicycles, motorcycles and emergency vehicles. Important data is broadcasted to vehicles using a dedicated short-range communication (DSRC) signal.
Each vehicle has an onboard computer which immediately decodes the broadcasting messages and, when it is necessary, send both visible and audible alerts to the driver. This allows the driver to take prompt actions to avoid a potential collision.

Ted Klaus, VP of Strategic Research at Honda R&D Americas, said: “Honda believes that V2X technology is an essential component of a smarter and safer transportation ecosystem and can play a role in our dream for a zero-collision society. By partnering with the City of Marysville and the State of Ohio, we believe this research will give us a better understanding of how V2X technologies can be further advanced and most effectively deployed for the benefit of all road users.”