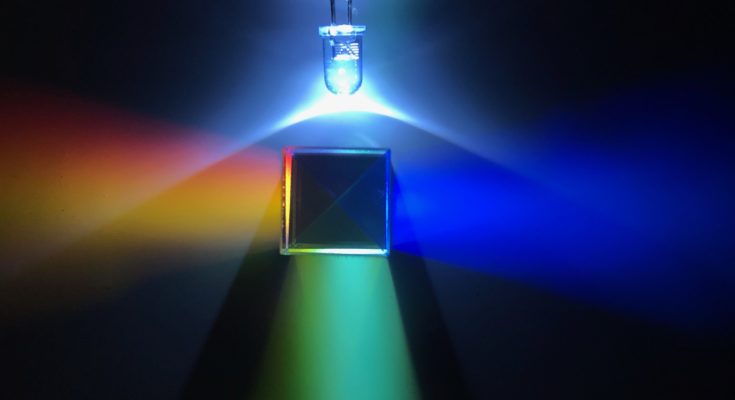 LEDs, or Light Emitting Diodes, are special components that give off visible light when current flows through them. Thanks to modern manufacturing techniques and clever engineering, LEDs can be made to emit almost any color! This lab will explore some of the techniques used to create these colors, and how to identify them using a dichroic cube. If you’d like to learn more about dichroic cubes and how they are awesome, we have an article for that!

There are three ways to make colors with LEDs:

Since a dichroic cube separates light based on wavelength, we can use one to tell if our LEDs generate “direct” colors, or if they employ some kind of color mixing or phosphor.

All of these images show LEDs that directly emit light of a single wavelength. Notice how even though the light is reflected by different amounts through each of the three sides, it’s still the same color as the incoming light. 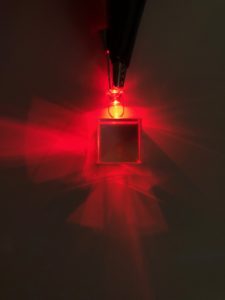 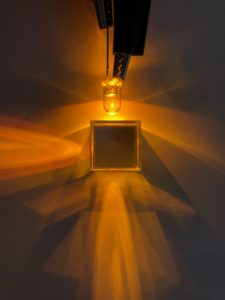 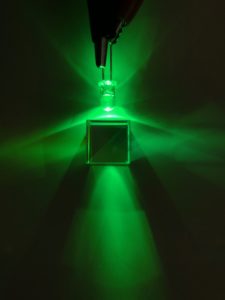 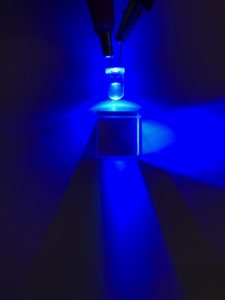 Even works in infrared, too: 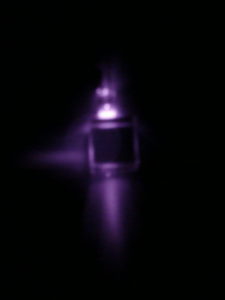 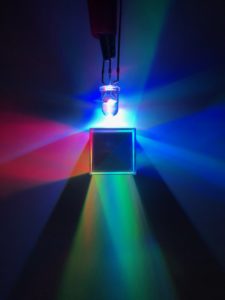 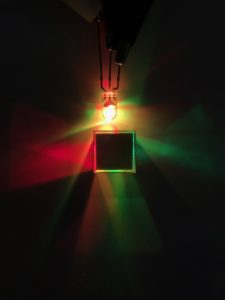 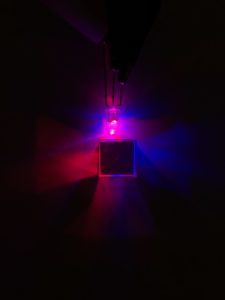 These images show LEDs that initially emit a single color, but use phosphors to emit a second color. Most LED lighting in homes and offices use blue LEDs coated with a yellow phosphor, which mix to form white light. You can also make pink LEDs by first emitting blue light, and using a red phosphor. In fact, it’s impossible to directly emit pink light, since it doesn’t exist. So, the only way to make pink light is by either mixing colors or using a phosphor. As with a mixed-color LED, you can identify Phosphor LEDs by the different colors that come out of the dichroic cube. 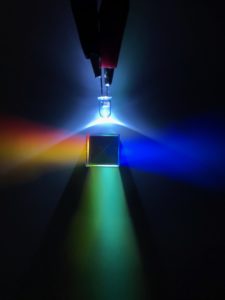 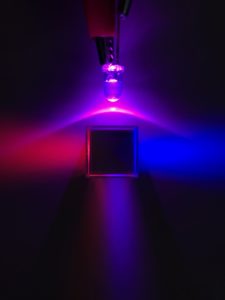 You can quickly identify phosphor LEDs if you know what color the underlying LED emits. If you shine that color of light (or  onto an unpowered Phosphor LED, the phosphor will begin glowing! Check out this pink LED glowing under a blue light: 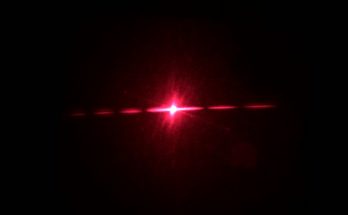 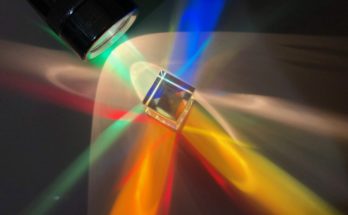